With 91 days to go until the $8 million Group 1 Lexus Melbourne Cup (3200m) the Victoria Racing Club (VRC) is pleased to have received 186 nominations for the ‘the race that stops a nation’™.

A strong group of 143 stayers from Australia and New Zealand and 43 international runners are in the mix for the 162nd running of the world-famous race, which will be held at Flemington Racecourse on the first Tuesday in November.

Champion trainer Chris Waller is represented by top-flight winners Hinged and Kukeracha among his 15 entrants, while Her Majesty’s horse Chalk Stream – who joined the Waller stable earlier this year – could give the monarch her second runner in the great race after Arabian Story finished sixth in 1997.

Lloyd Williams, the most successful owner in Cup history with seven wins, has nominated nine horses, including The Lexus Andrew Ramsden winner Point Nepean, trained by Robert Hickmott. Mr Williams is also represented by Cleveland for Cup-winning trainer Joseph O’Brien, who will bring another strong team from Ireland for the Melbourne Cup Carnival.

Sharp ‘n’ Smart, prepared by Graeme Rogerson, is one of two three-year-old entrants and could fly the flag for New Zealand after potentially contesting the $2 million Group 1 Penfolds Victoria Derby (2500m) on Saturday 29 October, while the Byerley Handicap (1800m) winner Skyphios also represents that age group.

VRC Chairman Neil Wilson said the strength of the nominations was reflective of the local and international appeal of the race.

“The Lexus Melbourne Cup is the one race that every Australian owner wants to win and it is no surprise to see feature race winners from every state represented in the nominations,” Mr Wilson said.

“The race continues to capture the interest of leading horses from New Zealand, the UK, Ireland, France, Germany as well as horses representing owners from Japan, Hong Kong and South Africa.

“Australian racing is synonymous with the Lexus Melbourne Cup and is the race that stops the nation where over half the adult population pauses to watch or listen to the race.

“We look forward to welcoming back a crowd of 300,000 to Flemington for the Melbourne Cup Carnival and engaging with an increasing global audience across 160 countries to celebrate Australia’s original major event.”

“The Lexus Melbourne Cup nominations are really strong and we look forward to following the progress of horses on the road to the Cup,” Mr Jordon said.

“The leading local hope is Edward Cummings with his star mare Duais and what a fairytale result that would be for the Cummings dynasty.

“There is still the opportunity for horses to earn a golden ticket into the Lexus Melbourne Cup via either The Lexus Bart Cummings at Flemington, the Caulfield Cup, Cox Plate or Lexus Hotham Stakes also at Flemington.”

All the action from the 2022 Melbourne Cup Carnival can be seen free to air on Network 10.

The full list of nominations for the 2022 Lexus Melbourne Cup can be found here. 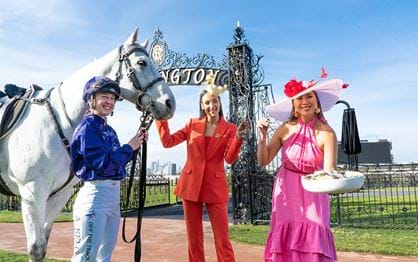 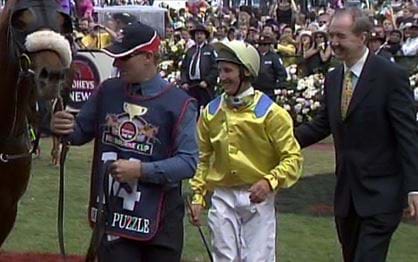