A traditional blessing of the track at Flemington on VRC Season Premiere Race Day acknowledges the dangers faced by jockeys every time they are legged up on a racehorse, commemorates those who have lost their lives, and invokes good fortune for a safe season ahead, for them and their equine counterparts.

VRC Season Premiere Race Day in early August was always synonymous with the first sign of Melbourne Cup Carnival competitors arriving back from their autumn spell.

In recent years, however, the meeting has also taken on a different look – a look of remembrance.

Some years ago, the Jockeys Association decided to have a ceremony at the Flemington race meeting to acknowledge the special skills, strength and courage displayed by jockeys past and present. Each year, on the opening Flemington race day of the new season, a race on the card is named The Jockeys Celebration Day Sprint.

Father Joe Giacobbe is invited to bless the track, and one minute’s silence is observed before The Jockeys Celebration Day Sprint in hope for a safe season ahead for all riders and horses.

Victorian Jockeys Association CEO Matt Hyland said, “It’s a special time for all of the industry throughout Australia to look at the work that the jockeys do, and the safety risks involved in those tasks.

“It’s a great chance to be in a position to stop and remember those who have fallen.”

Father Giacobbe said that it would be a nondenominational ceremony that was “all inclusive, no matter your belief”.

He urges people to never lose sight of the dangers jockeys endure on a daily basis. “It was former great jockey Alf Matthews who quipped, ‘we are in the only occupation in the world that can’t start work before the ambulance arrives on track’”, said Father Giacobbe.

For Father Giacobbe, founder of the racing paper, The Winning Post and of the Doxa Youth Foundation which supports young people experiencing disadvantage to achieve greatness through educational and employment programs, the day at Flemington is an important one.

He will be joined by former Victorian Jockeys Association chief executive Des O’Keeffe who has been the architect of the day, as well as the current chief Matt Hyland. 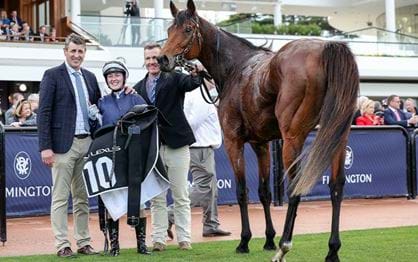 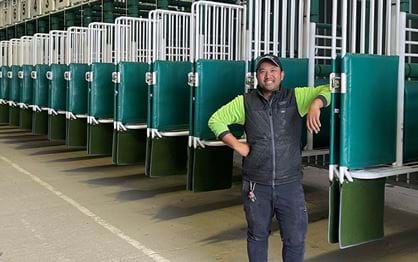 Managing the moving parts of Flemington 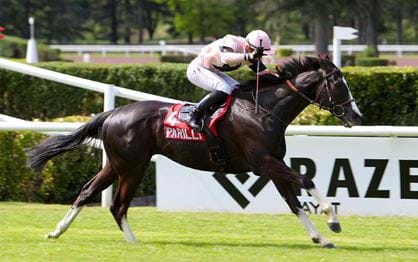