Apprentice jockey Alana Kelly has rounded out a season to remember, claiming the Victorian Apprentice Premiership title after achieving 71 winners across the 2021/22 season.

Alana Kelly has been riding horses since she was old enough to walk, having grown up as the daughter of a Ballarat-based trainer. For the 22-year-old, the sights, sounds, thrills and spills of working with racehorses have been indelibly etched upon her character.

Kelly, who has ridden for titans of the turf like Lloyd Williams and Godolphin, is now really making her mark in the fiercely competitive Victorian jockey ranks.

The jockey still lives in Ballarat, where she rides trackwork for her father, Daniel Kelly, and for other trainers at the burgeoning centre. But like all Victorian riders, particularly emerging talents who have to put themselves in front of as many potential employers as possible, she hits the road with great frequency and is happy to ride work as widely as possible.

“If trainers are going to give me race rides then I am more than happy to do the work for them,” she said.

Kelly still claims two kilos in the city, and was in great demand throughout winter racing, with more opportunities no doubt coming her way when the spring calendar kicks off.

The talented rider came through the riding ranks through a pretty traditional route. The product of a racing family – father Daniel, originally from South Australia, was a jockey before setting up as a trainer – she has known from an early age that she wanted to be in the sport.

One of five inducted into her year at the Racing Victoria apprentice school, she was in good company, as the others (Madison Lloyd, Tatum Bull, Tayla Childs and Logan McNeil) she proudly points out, are all still riding.

Kelly had her first race ride at the age of 18.

Four years later she is gradually building her reputation, but like many others has elected to take advantage of her claim in the metropolitan area.

“It’s more so that I can get more opportunities in town, holding on to my claim for another year. I have got it down to 2kg, but another year of learning would be excellent,” said Kelly, who ventured interstate – to Morphettville – to ride her first city winner.

“I finished school and did year 12. I got to the end of that and didn’t really want to follow any education path. I knew what I wanted to do, which was ride. I used to ride trials for dad before I went to school, I was a bit hooked on doing it so I just kept on doing it.”

She lists riding a winner in the famous Lloyd Williams silks – import Degraves at Moonee Valley – as a particular highlight of her career so far.

“That was a big thrill because he is such a big character in racing. That was a big tick in the book, you see him all the time in the Melbourne Cup and it was a big achievement to ride in his colours.

“I also got to ride in a few races for Godolphin, which I feel was also a feather in the cap.”

Kelly says that Melbourne’s senior jockeys have been very helpful with advice and tips, while sharing a weighing room with top women riders like premiership winner Jamie Kah and Group 1 winner Linda Meech has been hugely beneficial. Both are happy to provide guidance and explain the nuts and bolts of the industry’s workings.

“We sit in the rooms with Jamie Kah and have a laugh and a joke.

“I definitely feel, even since I started riding a few years ago, that we (women riders) have become such a tight-knit group. You spend so much time together that there’s no point in bickering. It’s like we are all part of the team.” 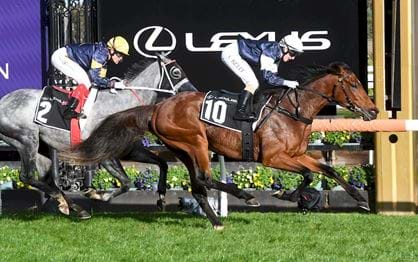 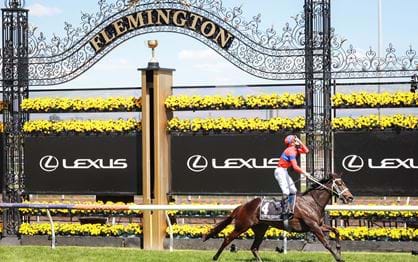