In recognition of their importance to the VRC, current Members will be rewarded with plenty of surprises and special moments on Saturday, including the chance to win an IWC Portugieser Automatic 37 Watch, valued at $15,100, a unique opportunity to take a picture with the 2022 Lexus Melbourne Cup trophy and an After Party in The Roof Garden and G.H. Mumm Champagne Bar after the last race.

Champion training partnership Ciaron Maher and David Eustace will be crowned as the leading trainer at Flemington for 2021/22 with 23 wins so far this season, while 2020 Lexus Melbourne Cup-winning rider Jye McNeil is on track to be named leading jockey with 18 wins, four clear of Damien Oliver.

To celebrate the end of the racing season and to acknowledge the hard work of stable staff right across the industry, the VRC will award a TCL 40” Full HD Android TV, valued at $499, to each winning strapper on the day.

One of the highlights of the nine-race card, the Flemington Cup 1849 (2800m), represents an intriguing part of racing history.

Won by Exemplar and The Good Fight since it was re-introduced in 2020, the $170,000 contest is set to feature last year’s VRC St Leger (2800m) winner Through Irish Eyes and stakes winners Southern France, Pappalino and Sweet Thomas.

The Byerley Handicap, the only race for two-year-olds over the Flemington 1800m, offers ballot exemption into the $2 million Group 1 Penfolds Victoria Derby (2500m) and the $1 million Group 1 Kennedy Oaks (2500m) during the 2022 Melbourne Cup Carnival with the field of 14 led by Listed Taj Rossi Series Final (1600m) winner Quang Tri.

The RMBL Investments Rising Stars Final (1600m) is the culmination of a 12-month points-based series restricted to apprentice riders with heats conducted across Victoria since August last year. Matt Cartwright (Angelic Scent) leads Hannah Edgley (Spanish Tides) and Laura Lafferty (Moscow Red) heading into the final, with the trio the only three apprentices still in contention to join recent winners Teo Nugent and Campbell Rawiller in securing the prestigious prize.

“What a season it has been at Flemington, from the remarkable Lexus Melbourne Cup win of Verry Elleegant, to the historic Melbourne Cup Carnival campaigns of jockeys James McDonald and Damien Oliver,” Mr Rosich said.

“We have seen Flemington favourite Nature Strip secure his second victory in the Darley Sprint Classic and then proceed to conquer the world at Royal Ascot, Hitotsu achieve the rare Group 1 double of the Penfolds Victoria Derby and the Australian Guineas and Edward Cummings record his first Flemington Group 1 with TAB Australian Cup winner Duais, following in the footsteps of his legendary grandfather Bart.

“Throughout the season, we have returned to business as usual and a return to crowds after more than two years. It is only fitting that we celebrate our members and thank them for their support ahead of what promises to be Flemington’s greatest season yet, featuring the inaugural VRC Champions Stakes Race Day to close out the 2022 Melbourne Cup Carnival.

“Spring is on our doorstep and there is so much to be excited about in the weeks and months ahead. Saturday’s VRC Members Race Day is our chance to recognise our members, celebrate the season that is ending and to look ahead to next season.

“The Club is also proud to support stable staff at Saturday’s meeting, with the assistance of TCL. Stable staff are the backbone of the industry and we’re pleased to be able to reward the winning strapper of each race with a TCL television.”

Members can celebrate the season’s end in style with The Byerley, The Dining Room and The Atrium all open. The spirit of Italy is alive in the Straight Six, while popular TAB presenter Nick Quinn will host the VRC Punters Club in The Peak.

Maluckyday, runner-up in the 2010 Melbourne Cup, will return to Flemington where he will be joined by fellow Living Legend, globetrotting sprinter Peniaphobia. 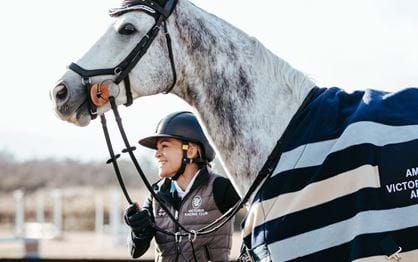