From the stage to the stables

VRC Ambassador Crystal Kimber-Peters has had a passion for all things Flemington, fashion and racing since she was young. Now she is dipping her toe into the world of ownership with two horses from Swettenham Stud.

An outfit that she made in textiles class at school was Crystal Kimber-Peters’ first foray into the competitive world of Myer Fashions on the Field at Flemington. “I competed in the Junior division in an outfit that I would describe as Paris Hilton-inspired,” she laughed. “My mum made me add leggings underneath!”

It was the first of many times that Kimber-Peters was to appear on the iconic Fashions on the Field stage, entering the competition countless times when she grew older. “My mum and I began to create more and more complicated outfits. I travelled around and experienced racing at so many different places through fashion. I just loved it.”

A design and style enthusiast inspired by her mum and grandmother who were dressmakers, the Fashions on the Field competition was the perfect outlet for her passion. Finally, after years of reaching the finals and coming close to the ultimate prize, Kimber-Peters realised her dream in 2017, winning the Myer Fashions on the Field National Final at Flemington. “It was a whirlwind and I was in shock,” she said.

“I wanted my mum to experience this with me on stage. This was as much her win as it was mine.”

She took the crown in a dress that was “one of my cheapest” to put together. The skirt was inherited from her grandmother, who had bought it in an opportunity shop 30 years earlier. With bright, bold colours and embroidered with delicate raffia, Kimber- Peters had always wanted to make it into a dress and with the help of her mother, they made the dream a reality, topping the outfit off with a crown-meets-halo piece of millinery.

Her sentimental win was not only a lovely tribute to her grandmother and mother and secured her an amazing suite of prizes but it also began a relationship with the VRC as an official ambassador, where she has evolved into a style inspiration for many dressing for the races with her elegant and creative racewear looks.

Flemington has impacted Kimber-Peters’ life in even more significant ways – it was there that she met her now-husband Andy, at a members event on course. The couple, who recently welcomed baby boy Spencer, have also added two new additions to their ‘family’ – purchasing shares in two fillies from Swettenham Stud.

“They are called Love Nest and Topsy Turvy, and we can’t wait to experience the highs and lows of being racehorse owners,” Kimber-Peters said.

“I always associate the races with fun times and great dining experiences, but now I am excited to see the other side of it as well.”

Through her role as ambassador, Kimber-Peters has had the opportunity to see firsthand the dedication that goes into looking after our beloved equine stars on and off the track. “I’ve been privileged to visit the stables of trainers such as Gai Waterhouse, but was also blown away by the work being done by Racing Hearts with retired racehorses.”

As for her foray into ownership, Kimber- Peters is thrilled that they are in the care of trainer Liam Howley, with big ambitions for the two fillies. “The ultimate dream is to get them to Flemington, maybe on Oaks Day, but as long as they are happy and enjoying life, that is all that matters.” 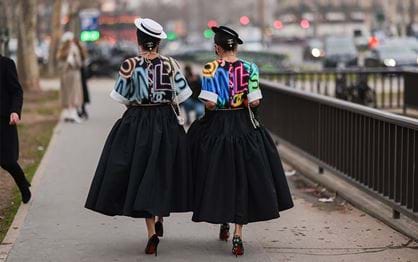 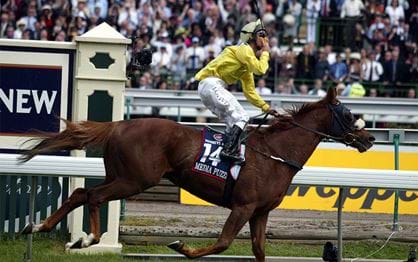 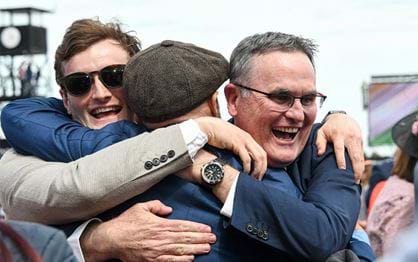